of solar technology that can be used as power producing glass

for greenhouses, home and office buildings

PanePowerSW is a uniquely transparent (up to 80%) solar panel glass that generates clean energy through PV technology lowering the energy costs, and, more importantly allowing the light to shine through greenhouses and commercial buildings windows

Towards a Sustainable Future

With PanePowerSW we aim to improve greenhouse energy consumption while increasing crop production. 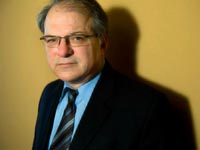 Nick Kanopoulos has many years of experience in creating and managing large teams of development, mass production, and marketing of semiconductor products for the global market. Before founding Brite he was Managing Director for Channel Development in Europe / Africa / Middle East for the Solar Business Unit of Applied Materials. He was Director of the Multimedia & Communications (MMC) business division of Atmel Corp. managing product development groups based in the U.S., Greece, Sweden and China. He was founder and CEO of Data Communications Technologies, which was acquired by Atmel, Director of the Integrated Electronics Group at RTI International (one of the largest independent research centers in the U.S.) and for 10 years adjunct professor at Duke University in North Carolina. He has been a special advisor to the Minister of Macedonia & Thrace in Greece for matters of technology and to various semiconductor companies. He graduated in Electrical Engineering from the University of Patras, Greece and holds MS and Ph.D. degrees from Duke University. He has published one book and over 100 papers in journals and conference proceedings, has six patents (issued and pending) and is a member of several international trade and scientific organizations. 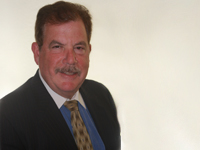 Rick Orlando has been instrumental in the development and commercialization of several advanced semiconductor technologies At Xicor Inc, he commercialized the precursor of Flash memory technology into consumer, automotive and communications market places As founder and CEO of Summit Microelectronics he successfully introduced programmable analog technology into power management applications in communications and consumer products resulting in an acquisition by Qualcomm. As founder and CEO of Alta Analog, he developed and commercialized an analog nonvolatile memory technology into the LCD display market. He is a seasoned multi-national executive with experience in managing organizations in the US, Europe and Asia. He holds a BSEE/CSE from the University of Massachusetts and is the inventor of 11 patents. 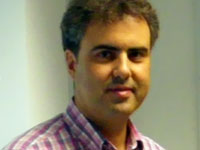 Professor Elias Stathatos was born in Patras, Greece. He obtained his first degree in Physics from University of Patras and then his Ph.D. degree from Engineering Science Department also at University of Patras. Professor Stathatos is currently at the Technological-Educational Institute of Western Greece and Head of the Nanotechnology and Solar applications laboratory. He has more than 85 publications in peer reviewed journals, 50 proceedings papers and 4 book chapters which are recognized of more than 3500 citations. He is also co-investigator of four patents related to solar energy technology and he is member of numerous societies. He is an editorial board member of Journal of Advanced Oxidation Technologies, International Journal of Photoenergy and Materials Science in Semiconductor Processing. His research interests include conversion of solar into electrical energy using dye-sensitized solar cells and polymer solar cells. Other areas of his research interests are electroluminescent devices, luminescence properties of organic-inorganic composite materials and photocatalytic destruction of organic pollutants over semiconductor nanoparticles.

We use cookies to ensure that we give you the best experience on our website. If you continue to use this site we will assume that you are happy with it.Ok